Kovilje Monastery is located in the village of Smiljevac, under the mountain of Javor, on the right bank of the Nošnica River, in a hamlet called after the ancient monastic sanctuary. There are no data on the time of its foundation, but precious preserved records testify to the long and rich history, devastations and renewals.

The Monastery comprises two temples from different periods of time, merged into a unique architectural unit. The older church was built in the sub-basin, at the foot of the rocky ridge at the end of the 12th or the beginning of the 13th century. It was built by the monks hermits, for their own needs, in search of hard-to-reach and quiet, isolated areas, using a submerged – shallow cave in the rocky cliff of the steep hill, where they organized a small monastery. It was a skit – ascetic, which implied the highest degree of monasticism and dedication, early developed in Byzantium and then spread to other areas of the vast empire during the Middle Ages.

The Cave church, dedicated to the Holy Archangels, was used as an oratory in the monastery of the homits who lived in the nearby cells on the rocky cliff, as evidenced by the preserved traces. The older Kovilje church, modest in dimensions, had walls on the north, and partly on the west and east embedded in the stone, while the rest were built using broken stone and lime mortar. The structure of its semi-shaped arch is carried by pilasters, built in threes on the side walls, as well as the arches rising above them. The remaining cave space, hidden by the oratory, was used as an expositor judging by traces of fire, deposits, fragments of fireplace ceramics, and other items made of ceramics and metals.

The earliest record of Kovilje Monastery and its Cave church was found in the Kruševo Interpretation Book from 1606. The abandoned monastic family and partially demolished temple were found by Gavrilo, Metropolitan of Raška in 1644. He described this in a record that was entered into the four-part Gospel Book in 1651. Renewing this old Vlach sanctuary, “the last representative of the great church of Peć” gave this book as a gift to the newly established brotherhood, among whom he himself spent some time in the Monastery. The record also said that, along with the reconstruction of the Church of the Holy Archangels, Mihail and Gavril, he also built a temple dedicated to St. Nicholas, “restoring some of the cells and mills and releasing the land of the monastery that was abandoned and unknown”, bought several fields and meadows and donated them to this holy family. As the patriarch of Peć (1648 – 1655), for his endowment, Gavrilo provided the best artists of that time who painted the inner walls of both temples and decorated their altars with icons.

In the centuries of the Turkish occupation, Kovilje Monastery also suffered Turkish attacks, devastation, plunders and destruction. Despite adverse circumstances, during periods of silence, monastic life took place in it and the preserved data indicate that there worked a school for literacy and education of teachers, priests and monks. In the early nineteenth century, in the absence of monks, it was turned into a parochial church. Resisting many troubles and warfare, breakaways of the population and changing of priests, it was left abandoned by the end of 20th century, covered with carelessness and silence of deserted lands.

Thanks to the efforts of persistent and committed individuals to preserve almost forgotten long life values, at the beginning of the new millennium, Kovilje Monastery was built and re-settled, first by the monks and then by the nuns who have been dedicated to great renovation of its temples, construction of houses and monastery estate arrangement. The spiritual reconstruction of the ancient sanctuary, hidden in thick forests in the basin under the slopes of Golija and Javor mountains, will enable research and knowledge of many values, impaired and unknown over time, their worthy presentation and preservation. 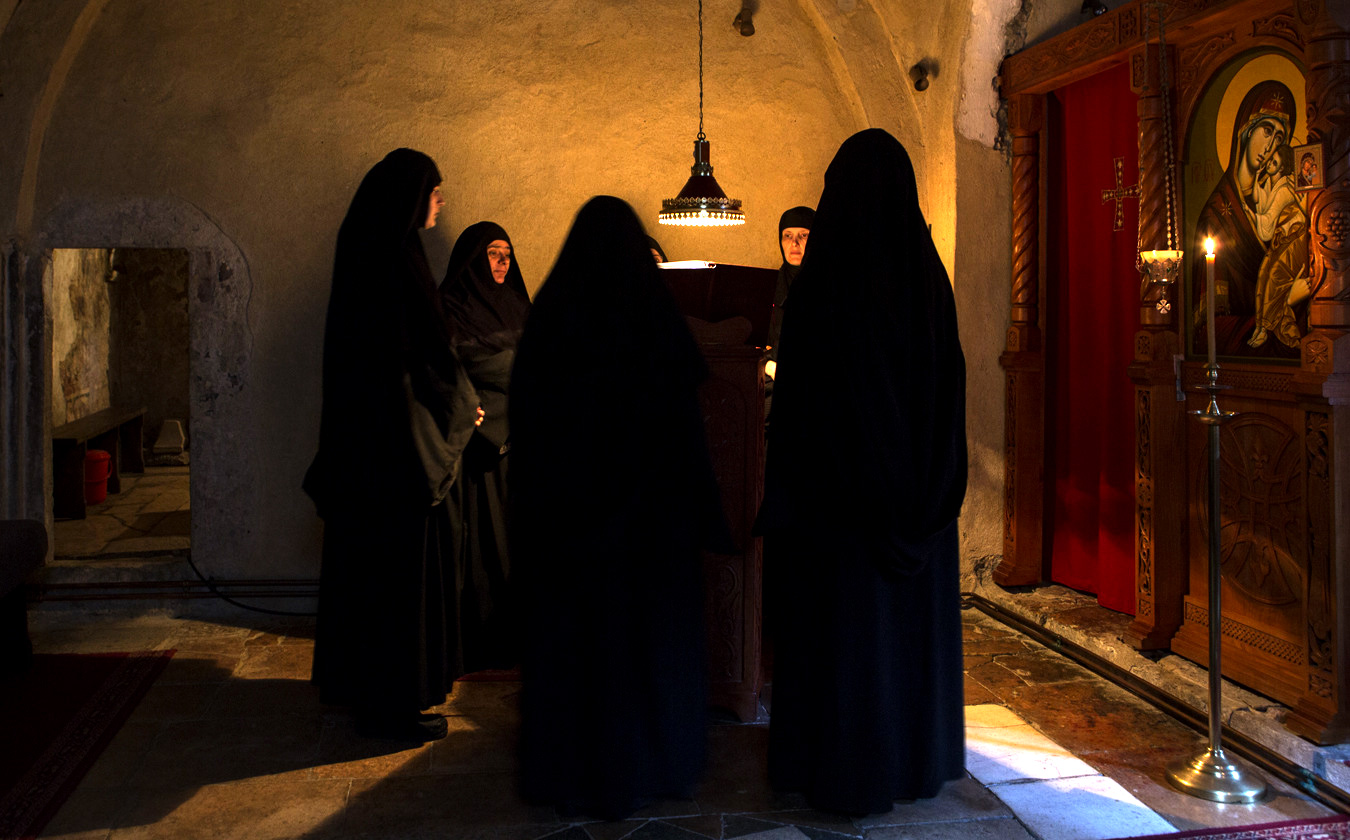